Billy Paulson's single 'SMILE AGAIN' is for such a time in our world as this... 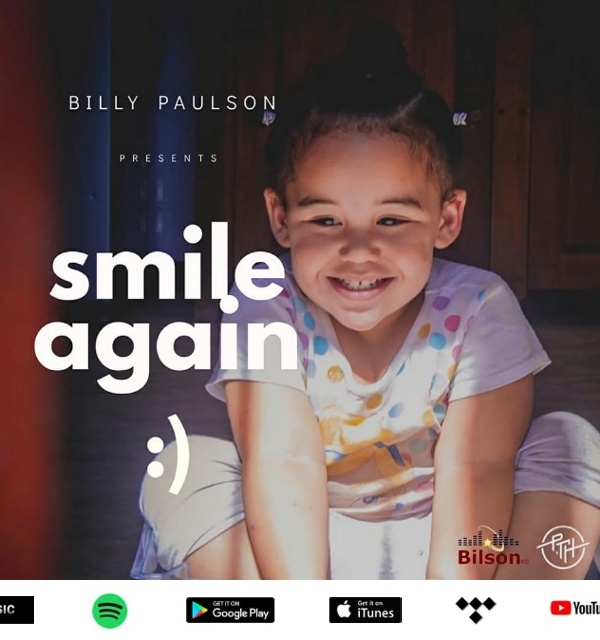 Billy Paulson's single 'SMILE AGAIN' is for such a time in our world as this ...

PORT ELIZABETH - what the world desperately needs now is to SMILE AGAIN ... Billy Paulson’s single "SMILE AGAIN" is a song in season and already is receiving interest in many circles around the country and abroad. Producer/Engineer William Paulson Jnr. helps bring out the passion, soul and sincerity of each artist featured on the production with its sing-along lyrics and references to the global phenomena that currently exists.

What make this single stand out is the various singers and musicians who feature on the track- Neville Nash, Doctor Victor (Rasta Rebels), Wilmot Fredericks, Janine Wilson, Gabriella Paulson, Maureen Paulson, Viljoen Family and musicians- saxophonist Andrew Young (Austria), string arranger Fletch Wiley (USA), lead guitarist Jerry Watt (The Rockets), classical guitarist Richard Ceaser, drummer Danno Petersen, percussionist Danny Petersen, bassist Alvin & on piano William Paulson. All these incredible artists are standalone professionals in their own right who came alongside Billy to support his initiative because they believe and identify with the message and the song.

"The song SMILE AGAIN was birthed out of a very deep and personal experience" says singer/songwriter Billy Paulson who is well known for hit songs such as such as Step By Step and very popular Afrikaans anthem, Môre Sal Die Son Weer Skyn amongst others.

SMILE AGAIN will be released through Bilson Music & PTH Music and will be available on all major streaming platforms, including Apple Music, Spotify, YouTube Music, Deezer, Triller and more.

Please read our disclaimer
This section of our site aims to keep you informed about news in the local church, and worldwide.

Please email us any items of interest.

Worthy News is a website with a good selection of news articles from around the world in a number of categories, both Christian and secular. They also offer a free subsciption service to deliver daily news headlines to your email box. Click here to pay them a visit.